There is a common myth among men that vasectomy leads to impotence or erectile dysfunction. How justified is it? Doctors believe that it is completely unjustified. Vice versa, some men even note the growth of their sexual abilities after surgery. Scientists have reason to argue that after a vasectomy, hormonal activity and body rejuvenation are activated.

What is a Vasectomy?

Vasectomy is a surgery to sterilize a man. It sounds scary, but in fact it is not as horrible as may seem. The purpose of the surgery is to prevent the spermatozoa from mixing with the ejaculate. For this, all that is needed is to block the vas deferens. On an outpatient basis, a surgeon performs all necessary manipulations for a maximum of 20 minutes under local anesthesia. The operation is performed using a low-invasive method or transdermally, so there is no need for sutures.

The doctor makes a puncture in the scrotum, cuts the seminal duct and seals the ends with a laser. Pain sensations are not severe. The doctor may forbid going to work for 2-3 days, limit physical activity and sex life for a week. And that’s it. After 20 ejaculations, the desired effect will be achieved and the ejaculate will no longer contain spermatozoa. For controlling purposes, 8-12 weeks after surgery, a medical test of sperm morphology should be done. A possibility of conception after the surgery is less than 1%. Rates increase to 2-10/1,000 after five years. So, scientists D.J. Jamieson, C. Costello et al. (Obstetrics & Gynecology, 2004) are right: ‘couples considering vasectomy should be counseled about the small, but real, risk of pregnancy following the procedure.’

To achieve an erection and orgasm, a man needs a mental message, a signal of neurons, muscle contraction and a rush of blood to the genitals. Since the vas deferens is not involved in sexual intercourse and surgical intervention is minimal, there is no reason to fear the development of unpleasant consequences. Sperm will be produced in the future, absorbed by the body using natural mechanisms. The testicles will still synthesize hormones and even more actively than before. Men’s health will not suffer.

The causes of sexual dysfunctions in men are stress, heart disease, diabetes, certain medications, and bad habits. There are no vasectomies on this list. Scientific studies have shown that the incidence of sexual dysfunctions in post-vasectomy men is 0.19% versus 0.17% in men who have not had a vasectomy. Experts consider stress and psychological factors to be the main reason for the development of dysfunctions after surgery.

Myths and Reality about Complications

Just by tying up the vas deferens, the man will not become less courageous and sexual, the hormonal balance will not change, the amount of ejaculate will remain the same. Other parts of the reproductive system will not be damaged, but a vasectomy will not protect against sexually transmitted infections. Scientists have also proved the lack of a connection between vasectomy and the development of cancer of the reproductive organs of men. There is no need to be afraid of all this.

Nevertheless, like any surgical intervention, a vasectomy has its own reasons for caution. First of all, these are postoperative complications:

Long-term complications / undesirable consequences are much less likely, but they are also possible. These include:

Western andrologists distinguish post-vasectomy pain syndrome, which may develop years after the procedure. This is a chronic syndrome that occurs during physical exertion or sexual intercourse.

If any of these symptoms appear, you should immediately contact your doctor. However, in recent years, new methods that do not require the use of a scalpel have been increasingly used. This significantly reduces the risk of complications.

Vasectomy is a reversible procedure. This means that you can unlock the vas deferens. The operation is called reversal and it is a much more complicated microsurgical procedure. During this surgery, the doctor will connect the cut parts of the vas deferens and restore its functionality. It will take more action, so reversing takes longer than a vasectomy and has its own characteristics. Nevertheless, the procedure is harmless to health. The hormonal background does not change and the sexual function does not suffer. Reverse should be preferably done within the first 5 years after vasectomy. Later, the body may cease to produce full-fledged sperm, spermatozoa may become smaller and less active. After reverse vasectomy, the possibility of conception is about 70%.

Before applying for the surgery, you need to think carefully, consult with a partner and a urologist, collect objective information about possible risks and complications. Experts advise to decide on such a radical method of protection when a couple already has children or some good reason does not want to have them. In any case, it is important to remember that vasectomy is only a way of contraception, normal sexual life is not connected with it, and the procedure itself is reversible even after 10 years. After evaluating and weighing all the arguments and factors, you can make a decision. There is almost no reason to be afraid. Fear is born of ignorance: gather information and resort upon doing it. 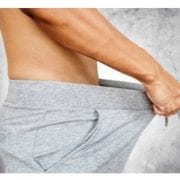 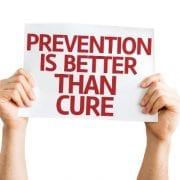 Viagra and Grapefruit Incompatibility: an In-Depth Look into Their Interact...
Scroll to top