Depression and erectile dysfunction are widespread conditions nowadays. Moreover, they often coexist. A patient then faces a doubled formidable problem which seems to be hard for overcoming. But one shouldn’t fall into desperation, there is a way out.

According to the study by Jinghui Wang, Xiaohang Wu et al. (BMJ Open. 2017), the prevalence of depression and depressive symptoms amongst outpatients in different specialties was in a range of between 17 and 50%. Their presence is more widespread in developing countries than in developed ones. Along with anxiety disorders depression is one of the most dominant mental illnesses. It may lead to disability, worsening of personal and social relationship. When it coexists with other diseases, it may complicate the treatment process.

The most common psychical manifestations and physical symptoms of the condition include:

Depression should be diagnosed by psychotherapists. There are no reliable medical tests (like blood testing or X-rays) which can precisely indicate its presence. There are two widely accepted ways of combating depression: using medications and  talk therapy. However, some pharmaceuticals may lead to ED or worsen it, so be careful in choosing the right remedy.

Erectile Dysfunction (ED) and Its Causes

The erect penile organ has always been a symbol of sexual prowess, so any problems with achieving and/or maintaining an erection may be perceived as a personal tragedy.

Erectile dysfunction is a multidimensional disorder which may have different causes (organic, psychogenic, and mixed). Organic causes, in their turn, are divided into endocrine and nonendocrine (Faysal A. Yafi et al., Nat Rev Dis Primers, 2017). Nonendocrine ones are the most common, they include abnormalities of blood flow, medical treatment, and physical damage caused by surgery. Endocrine causes are associated with decreased testosterone levels; however, the exact mechanisms have not been completely revealed.

It should be borne in mind that ED might be a predictor of cardiovascular events. That’s why it is important to conduct a completed diagnosis once a patient notices first warning symptoms.

Correlation Between ED and Depression

Males suffering from erectile dysfunction often feel anger, sadness, lowered self-esteem, etc. If the condition is left untreated (or treatment doesn’t provide desired help), depression may develop. Vice versa, a depressive disorder may develop first, and ED accompanies it some time after. This may be associated with declining in testosterone production caused by the so-called “bad stress” (while “good stress” boosts synthesis of “T hormone”). According to estimates by some researchers, about 13-20% of men with ED also have anxiety or depression.

How to Deal with these Problems Simultaneously?

The most important thing is that antidepressants may worsen erection problems. It has been proven that anti-depression pharmaceuticals are often a cause of impotence or its deterioration.

There are two possible scenarios.

Remember: both depression and ED are treatable. If you encounter one of these problems or both, don’t despair. There are many options that can help you with both mental issues and ED. 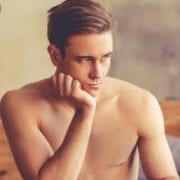 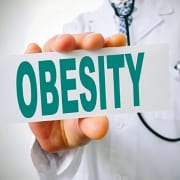 Avanafil (Stendra) – What Is It And How Is It Different From Viagra? 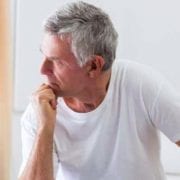 Can Viagra (Sildenafil) Be Used As a Weight-Loss Drug: Research Data

Diclofenac for Pain Relief: Here’s How It Helps to Combat Aches and Pains
Scroll to top
We use cookies to ensure that we give you the best experience on our website. If you continue to use this site we will assume that you are happy with it.AcceptPrivacy policy